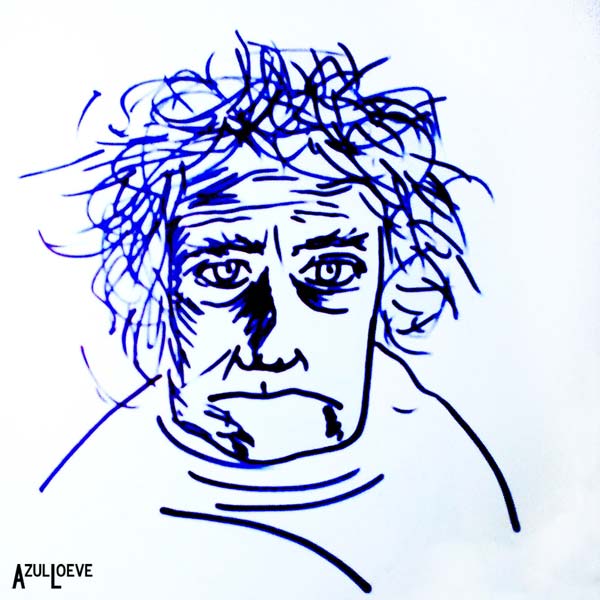 In 1838, at the age of 46, John Herschel returned to England after 5 years in South Africa with his wife and children. He published the results of his research in astronomy. William and Caroline Herschel – his father and his aunt – had discovered Uranus, John inventories and names its satellites as well as those of Saturn and finishes their “Catalogue of Nebulae and Star Clusters”.
His stay in Africa also allowed him to catalogue the flora of Cape Code, his wife Margaret and him illustrated it with watercolours – as was customary in botanical illustration before photographic plates – and to finish presenting the extent of his skills, he also studied the local geology and minerals.

Researcher with a wide field of action, John Hershel is prolific, he is going to mark at the same time the astronomy and to initiate the photography… The legend wants that it is by looking for a way to copy his numerous scientific observations that he found the process of the cyanotype…
In his scientific career, John Herschel became interested in light at a very early age; to understand his observations in astronomy, he conducted numerous experiments and thanks to chemistry, he was able to detail the light spectrum, measure it and restore a portion of it on a fixed support, paper or glass… The beginnings of his contribution to photography then began. For a long time, John Herschel was considered to be the author of this term, but it seems that the word (and the appearance of photography) was in the air at the time, a French inventor, Hercule Florence on an expedition to the depths of Brazil had begun to use “Photography” in his notes as early as 1834, in French please.

For his part, John introduced photography as a term within a scientific community that saw the emergence of this activity, and with whom he shared his discoveries: in 1819, he understood that soda hyposulphite dissolves silver salts, which can then fix an image on a support, he developed the fixer, which Henry Talbot , Nicéphore Nièpce and Louis Daguerre will be able to use in their research.
These precursors developed the processes and uses of photography, many of their first inventions are now part of history… past, outdated, certain as the cyanotype remain as alternative techniques.

I would also like to pay tribute to John Herschel for his invention of a metaphor that seems natural to us all today: “negative” and “positive”…

Very little of his cyanotypic work was preserved, the round image is a glass photograph taken in 1849 by John Herschel and the rectangular dark blue scene is a cyanotype dating from 1839 “The Royal Prisoner” with an as yet unfinished chemical formula. 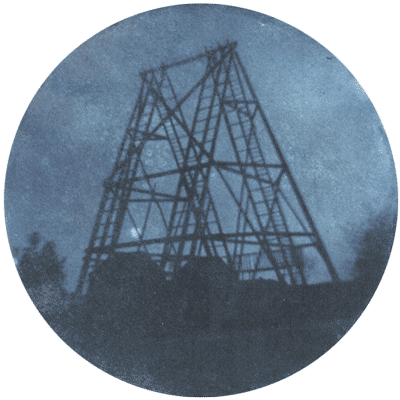 The round image is a photograph on glass taken in 1849 by John Herschel.