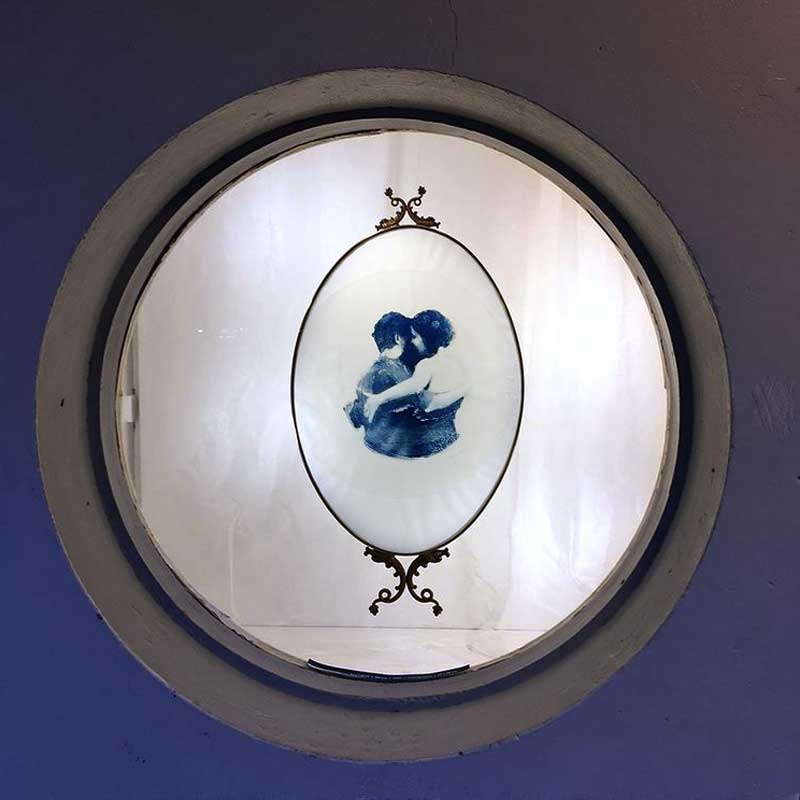 An exhibition that really took place in 2020, in France!?

The Hublot continued its programming during the confinement, exhibitions of visual arts visible from a large public square, the Place Voltaire in Ivry sur Seine. The mini-gallery proved to be well adapted to the current cultural restrictions.

After the 55 days of the first Confinorama, a second one has just finish on the account Instagram Azul.Loeve It is a creative challenge that I launched myself in mid-March, to publish one image per day, be it a drawing, a photo, a painting, without limiting myself to cyanography. The only constraint, apart from the daily rhythm, is black and white.

Sometimes the exercise became a bit overwhelming, but it allowed me to start a continuous creative thread… in climbing, we talk about life line, the safety line to hold on to… and above all some very nice gestures appeared, ideas to work on, so I re-signed.

On the other hand, I am late to post the pictures of the Confinorama#2 in the Facebook Cyanographie album, Cyanographie, and here, too… 51 pictures this time!